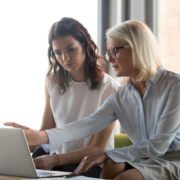 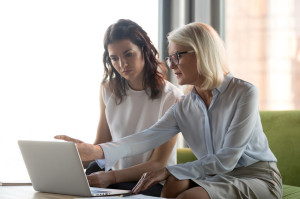 Cyber attacks on small businesses and organizations are becoming increasingly common. It’s one of the top risks of doing business today. That’s why it’s so important to keep your company’s computer system safe and secure.

Online attacks are costly to address. It’s estimated that 60 percent of small businesses and organizations fail within six months of a cyber attack. Studies also show that nearly 90 percent of all cyber attacks could have been easily prevented with some simple safeguards.

For most companies, the problem is malware. That’s malicious software designed to gain access to a network, find sensitive data and steal that data. There are various types of malware, including spyware, viruses, worms, and any type of malicious code that infiltrates a computer. Once malware is installed, it can allow hackers to extract private and sensitive data whenever they wish.

Some of the best ways to prevent malware from being installed on your computer system are the most simple. Don’t click on links or open attachments in e-mails that you aren’t 100% sure are legitimate. This is one of the most common ways hackers gain access to a company’s computers. Generally be wary of e-mails containing attachments. If you are suspicious of what you are being asked to view or install, don’t do it. Scan a disc or flash drive before using it; it too can unknowingly contain malicious code.

Long and strong passwords with a mix of uppercase and lowercase letters, numbers and symbols are important, too. Set a specific timeline — such as every three months — for changing company passwords. Consider requiring employees to refrain from checking their personal e-mail accounts and social media channels using company computers and devices. If a computer contains company information, you’ll want employees to avoid downloading any programs or apps on it without your permission.

Security measures also are important. Install anti-virus/malware software, firewalls and anti-ransomware, keep it up to date and run regular scans. Don’t let updates to your operating system, browsers and plugins pile up. Updates often address security vulnerabilities that have been discovered, so it’s important those are completed in a timely manner.